Today on #storycraft – on twitter – we discussed POV or Points of View in a story. What is most common? What is most challenging? What works? What doesn’t work? Single or multiple?

POV in a story is unavoidable. In fact POV is unavoidable in most areas of our daily life. Depending on who is telling the story will guide the listener’s or reader’s perspective and judgement. Just by using a different point of view in a story can change the whole direction of the story. POV is power. But like all bases of power, if used correctly it will aid the story and better the story, if used incorrectly it will bring ruin.

Breaking it down we have the two most common points of view in a story:

What is the difference between these two POVs in simple terms?

First person is telling the story from a character’s point of view using the pronouns “I”, “me”, “my” and “mine”. This POV brings depth to your story because as your character is telling it, the reader sees, hears, touches,tastes and feels the same things that the character does. They are literally walking in your character’s shoes. This is very useful to a writer because immediately it brings sympathy andy empathy into the relationship between the story and the reader. The reader starts “pulling” for the character to succeed. The cons are that it can be limiting as you can only tell the story through one set of eyes and one perspective.

Third person is the most common and most preferred POV in writing. Third person is the writer using a narrator or character to tell the story the way they see it unfold. You will see that the pronouns used here are “her”, “his”, “their”, “she”, “he” or “them”. Though the story is told from more of a distance, than with 1st Person, you can show all the elements and characters of the scene. Third Person is like focusing through the lens and view-finder of a camera and then taking a picture.

Then there is a third POV called Second (2nd) Person. This is the writer telling the story directly to the reader, either using themselves as the narrator or using a character as the narrator. The pronouns used here are “you” and “your”. This is the least used POV out of the three. It is one that is very difficult to get right without “lecturing” the reader.

There is no correct POV to use for any story although for certain genres there are preferred suggestions on POV. Ultimately choosing the POV depends on the writer and the type of story they are telling. Then it brings us to whether you should have a single POV or multiple POVs in a story. Again this depends on how you as the writer want to tell your story. The golden rule in all instances though is:

If you are going to attempt multiple POVs it is better to keep very distinctive voices for each different POV. Multiple POVs or switching POVs in a story can work very well. They work especially well if the story has more than one tense flowing through it. You can keep the tenses separate and distinct by choosing a different POV for each different tense. Another effective use for switching POVs is if you have characters of different genders telling the story. Again though, you would have to be true to that character’s voice.

Summing up from the chat we had today on #storycraft:

Summing up: 3rd is preferred method but 1st is effective for YA and for immediacy as well as getting into character’s head..Important to have a distinct Voice for each POV if switching POV in story. Keep in mind, don’t confuse the reader…When switching genders for different POVs…keep true to gender. Betas of different genders come in handy then.

This brings me to the Mental Muscles for this Monday:

If you want a further challenge, rewrite using different tenses.

If you have never written in 1st Person for instance, this will give you a feel for it. Remember every day we need to be flexing those mental muscles of ours. As writers we need that mental muscle – the brain – to be fit, healthy and flexible. So start flexing those muscles.

If you want to read more of the #storycraft chat I mentioned at the beginning of the post: just click on the first #storycraft and it will take you to the chat transcript.

Join the conversation: What is your preferred POV as a writer then as a reader? Why?

5 thoughts on “Monday Mental Muscles | My story, your story, her story, the story…” 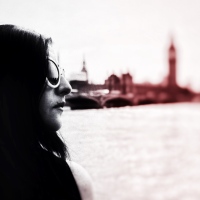 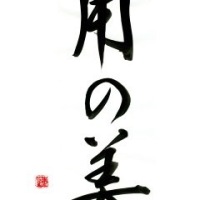 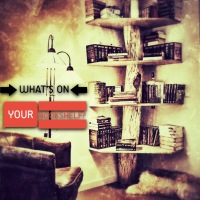