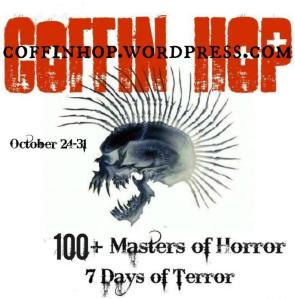 Often the most haunted places are places where violence and bloodshed have occurred. Revolutions overthrow governments, old ways must die for new ways to take control and often this takes on a decidedly bloody tone. Today’s city is one with a violent history, tsars and revolutionaries, priests, prophets and magic. This is above all a place where people fight passionately for what they believe in even if means to the death.

For a state founded by fierce bloodthirsty warriors in the 9th century, it is not hard to believe that Russia is a place of Warriors, Battles, Wars, Bloodshed and above all Passion. It was the East Slavs who settled here in this strange forbidding land first in the 3rd century but it was the Swedish Vikings who named and founded this land as Rus or The Land of Rus. For many centuries Rus was ruled by feudal laws: The strongest took power by force and the weakest either died or moved on. The first major revolution came in 1237-40 at the hands of the Mongol Invasion. Half of Rus’s population were slaughtered and the vast expanse that was Rus was parceled off and controlled by various nations. Moscow fought back viciously and valiantly and in 1380 defeated the Mongols. Moscow was now the centre of Rus once again and this city showed its strength and might. Deciding that feudalism would not keep them strong, they looked at the early example set by Rome and decided that Rus needed to be a Tsardom. They crowned their first Tsar (Russian for Caesar) Grand Duke Ivan IV (Ivan the Awesome who later was known as Ivan the Terrible) ruling Tsar in 1547. Ivan the Terrible established Moscow as his ruling base and through fierce wars and battles and much bloodshed he added land to the new mighty city; the new Rome as he saw it. Once again Rus underwent death and destruction as The Time of the Troubles began with a severe famine that killed 1/3 of the population (about 2 million). It was a time when brigands roamed the countryside killing, destroying and taking anything in their way. Russia was a country without a leader once again until the first Romanov, Michael Romanov, finally took back control after a number of false tsars had tried to take control. His rule did not come without bloodshed, he ordered the current false tsar’s 3-year-old son to be hanged and for the wife to be strangled to death. The Romanov dynasty ruled Russia from 1612 until their violent death and destruction in the Russian Revolution of 1917. The famous slaughtering of the ruling Romanov family was seen as a victory by the peasants and militant revolutionaries. Tsar Nicholas II known as Bloody Nicholas was forced to abdicate the ruling throne on 2 March 1917. A few months later in July, the Tsar, his wife, his son, his four daughters, the family’s medical doctor, the footman, maidservant and cook were all killed by the revolutionaries. The world watched in vain as the horrific executions were done and the Iron curtain slowly fell over Russia. Once again Moscow was the centre of most of this bloodshed.

Moscow is without a doubt one of the cities in the world with the most violent history. Moscow is recognised as one of the strangest and most haunted cities in the world. The facts and history alone of bloody violence and constant revolutions are enough to send a chill down anyone’s spine. It is a land of militants and mystics, poets and politicians, tsars and peasants, a land of contrasts. Russian literature and poems are full of fantastic creatures, legends and bloodcurdling myths…

In the Bronze Bird (Anatoly Rybakov) there is a tale told of the Golyginskaya Gat (a log road across a swamp): “If they wander on to the Golyginskaya Gat, they might get lost there forever,”. This is the place where an old Count and his son were beheaded in the 17th century. He was one of the false Tsars who attempted to overthrow the Romanovs and instead was defeated and executed by beheading. Then they were buried in the swamp land which was unconsecrated by the Russian Orthodox Church with the hope that their souls would be doomed to eternal suffering. The legend of their haunting goes like this: Cursed by a burial in unconsecrated ground, the restless, maltreated souls of father and son rise from the swamps at night and ask passers-by to bury their remains as befits Christians, insisting they were just innocent victims of malignant libel. If an unlucky man so approached cannot utter an intelligible response, the princes grow even more pressing, coming closer and removing their own heads, to be polite!

In the 19th century, Kuznetsky Most Street was a thriving centre of fashion and nightlife with many boutiques and gambling houses. Gamblers often played all night long, losing all their cash. As the legend goes, those hit particularly hard might even be considering suicide when they suddenly saw a grey coach with wonderful horses stopping in front of them. The coachman, hiding his face, was ready to take them “wherever your soul wishes” for very little money. Few were able to grasp the covert sense of the phrase, indeed, they had just considered taking their own lives. Those who got into the mysterious coach were never seen again.

There is an old cemetery here dating from the 18th century. The city suffered an outbreak of the Plague. So many people died in this outbreak that the city had to start burying its dead on the banks of the river outside of the cemetery. These days, people say melancholy flute music is sometimes heard from the dark cemetery park on spring nights and, when it rains, an invisible musician plays his sad music until dawn, accompanied by the rattling of iron shackles heard from the tomb of Dr. Fedor Gaaz. Locals call this cemetery “Infidels’ crypts.”

The macabre history of this district is that this impure place was a place where witches were burned or took their own lives by suicide. Since 1558, a hunchback old woman with a crook has haunted these lands, appearing to residents of Ostankino village shortly before their deaths. As the legend goes, she even predicted to Emperor Paul I that he would not live until spring. Her prophecy came true: the tsar was murdered by officers of his guard in the early hours of March 12, 1801. The same old woman told Alexander II that he would die at the hands of an atheist – and this prediction also came true when he was assassinated by a terrorist on March 1, 1881. It is rumoured that the old prophetess also appeared to local residents before the Ostankino TV Tower fire in 2000.

Many of these haunted places are so dangerous and so cursed even to this day that the Haunted tours that run in Moscow will not take you there for fear of death themselves. Moscow is indeed worthy of being called one of the 10 most haunted cities in the world. So before you take a walk through these desolate hauntings it might be wise to have some liquid courage. So I have included a few Vodka Martini recipes (below) in honour of this ancient city that is sure to bolster and shore up your courage to face the shadowed spirits who walk the veil between worlds in Moscow, that Mighty, Mysterious city.

What is the use of posting cocktails unless you try them for yourself?

Come back and tell me which was your favourite flavour!

Enter if you dare…Enter or be scared…

4 thoughts on “#CoffinHop The Haunted Feuds and Bloodthirsty Hauntings”