2014 has ended…It was the year of hard lessons for me.

Every year I pick a word for the year. My personal life word this year is: metanoia.

But my working writing word for the year is: PUSH

1.
exert force on (someone or something) in order to move them away from oneself.
“she pushed her glass towards him”
synonyms: shove, thrust, propel, impel; More
antonyms: pull
hold and exert force on (something) so as to cause it to move in front of one.
“a woman was pushing a pram”
move one’s body or a part of it into a specified position with effort.
“she pushed her hands into her pockets”
press (a part of a machine or other device).
“the lift boy pushed the button for the twentieth floor”
synonyms: press (down), push down, depress, exert pressure on, bear down on, hold down, squeeze; More
cause to reach a particular level or state.
“competition in the retail sector will push down prices”
2.
move forward by using force to pass people or cause them to move aside.
“she pushed her way through the crowded streets”
synonyms: force (one’s way), shove, thrust, squeeze, jostle, elbow, shoulder; More
(of an army) advance over territory.
“the guerrillas have pushed south to within 100 miles of the capital”
exert oneself to attain something or surpass others.
“I was pushing hard until about 10 laps from the finish”
informal
be nearly (a particular age or amount).
“she must be pushing forty, but she’s still a good looker”
3.
compel or urge (someone) to do something, especially to work hard.
“she believed he was pushing their daughter too hard”
synonyms: urge, press, pressure, put pressure on, pressurize, force, drive, impel, coerce, nag; More
demand persistently.
“the council continued to push for the better management of water resources”
synonyms: demand, insist on, clamour for, ask/call for, request, press for, campaign for, work for, lobby for, speak for, drum up support for, sponsor, urge, promote, advocate, recommend, champion, espouse
“the trade unions will be likely to push for wage increases”
informal
have very little of something, especially time.
“I’m a bit pushed for time at the moment”
informal
find it difficult to achieve something.
“he will be pushed to retain the title as his form this season has been below par”

Last year was a year that upended my efforts and really put a giant PAUSE sign in my way. From about midway thorough the year I was struggling in an unbeatable fight with sapping energy levels, lack of concentration, and chronic, mind-sapping insomnia. Initially I put this down to my migraines which had also ratcheted up to unacceptable levels. But eventually something told me this was something more than just effect of my migraines.
I felt burnt out and almost extinguished. I thought maybe I needed a holiday. I had not had a holiday for 3 years. It pushed me to take a 5 day writing retreat, at a secluded little beach cottage, for a week in November with one of my close writing friends.

Lesson #1 Don’t feel guilty about taking a break, having a time-out. Go away somewhere if you can. De-stress, actively relax and unplug.

I still felt listless when I got back from my retreat.

In November I asked my doctor to do some blood tests.
The blood tests came back. I had dangerously low levels of iron serum in my blood. My body had stopped being able to absorb vitamin B12 which it needs to convert into iron which translates into good energy levels for your body.
My iron was so depleted that taking oral medication would not help. I needed to be given intramuscular injections. I had my first iron injection in early December. I was warned that my first week-10 days, my insomnia would be ridiculously chronic. But after 10 days I felt a ZING in my energy levels, concentration levels and better sleep patterns…A Zing that I had not felt in years. My doctor explained that it was probable that my iron had been steadily depleting for up to 3 years. But that I was not out of the woods and that I would need consecutive iron injections for up to one year.

Lesson #2 Listen to your body. Be in tune with it. If something feels off, talk to a doctor, ask for tests. You only have one body. Look after it.

I am still not at 100% but I am able now to wake up without feeling like I had run a marathon in my sleep. I am able to concentrate and take in information properly again without having to re-read over and over because nothing was sinking in.

Resilience
(noun)
1.
the power or ability to return to the original form, position, etc., after being bent, compressed, or stretched; elasticity.
2.
ability to recover readily from illness, depression, adversity, or the like; buoyancy.

If you look at any true artist, writer, musician, sculptor, dancer or actor they share many of the same traits. But I believe that the trait that allows them to get up every morning in the face of doubt, criticism, judgement, rejection, fear of failure, fear of success; is Resilience.

Lesson #3 You cannot control anything or anyone but your attitude. Life’s circus is going to throw clowns, monkeys and lions your way. You can’t stop the circus. You can choose to stay and be part of the circus or you can choose to find another circus you prefer. Make the choice and say: Not my circus, not my monkeys. Create your own circus.

Choosing to be true to your own art, your own creativity is difficult and choosing to focus on making a career from your creativity is even more difficult. The creative life is not the easiest, not the most financially rewarding or most stable. It is the choice that will make people in your life bite back at you for being a “dreamer”. It is also true that if you choose a creative life and pursue a creative career, you will be judged more than most other professions. You will be labelled. Some people will applaud your daring to step out and some people will admonish you for being unrealistic.

Lesson #4 You only have one life to lead. You get to make the choices for You. You can choose to be the rock or the water in a stream. Rocks are reactive: stuck firm and changed by everything around them. Water is proactive: chooses its own path and when there is an obstacle; moves past it, under it, over it, around it or through it and then keeps moving forward.
2014 – I was a rock.
2015 – I am the water.

2014 was a difficult year in many ways but I am grateful for it none the less. I am the type of person that stubbornly refuses to give up on what I am passionate about especially if somebody tells me I should give up or if circumstance makes it difficult to pursue.
Last year, life and circumstances, pulled me into a year where I was reacting rather than being proactive.

But 2015 is about me bouncing back from 2014 and pushing forward with my passions, my dreams and my goals.

I have a clear writing/editing/submission schedule set for the next 12 months. Given that I cannot control everything and given that I know my chronic migraines will halt me; I am going to be kinder to myself physically and listen to my body’s health messages, but on the good days I am going to push forward and push through.

Tell me what are your plans and dreams for 2015?
Tell me, if you had to focus on ONE WORD to drive, guide and inspire your year; what is your word?
See what other words people are choosing @ #oneword365.

These are the images, quotes, motivations and kick-assery that I am going to use to PUSH forward in 2015. 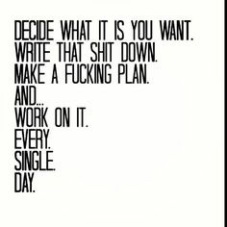 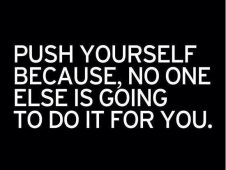 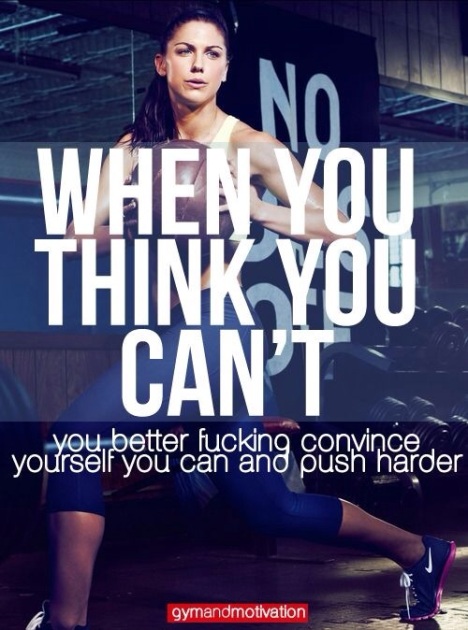 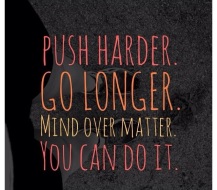 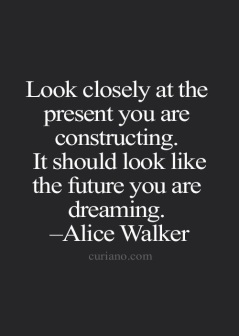 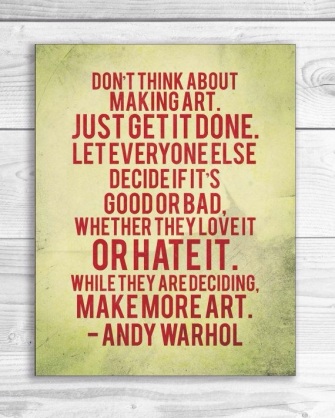 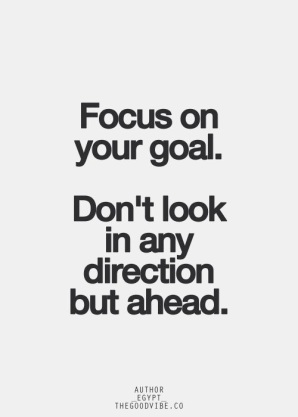 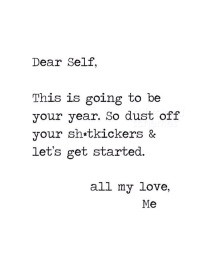 My favourite KickAss Posts to Motivate me to:
WakeUp, KickAss, Repeat

Chuck Wendig @Terrible Minds
2015 Resolution For Writers: Be Big (And then, Be Small)

Elizabeth Gilbert
Against Fearlessness – Dear Ones – Can I Speak...

Gretchen Rubin
Trying to keep a Resolution? Don’t fall into this common trap.