“This manuscript of yours that has just come back from another editor is a precious package. Don’t consider it rejected. Consider that you’ve addressed it ‘to the editor who can appreciate my work’ and it has simply come back stamped ‘Not at this address’. Just keep looking for the right address.” – Barbara Kingsolver

“Writing is not a job description. A great deal of it is luck. Don’t do it if you are not a gambler because a lot of people devote many years of their lives to it (for little reward). I think people become writers because they are compulsive wordsmiths.” – Margaret Atwood in The Times

Any man who keeps working is not a failure. He may not be a great writer, but if he applies the old-fashioned virtues of hard, constant labor, he’ll eventually make some kind of career for himself as writer.
– Ray Bradbury
The reason 99% of all stories written are not bought by editors is very simple. Editors never buy manuscripts that are left on the closet shelf at home.
– John Campbell
There are three difficulties in authorship: to write anything worth publishing — to find honest men to publish it — and to get sensible men to read it.
– Charles Caleb Cotton
An artist’s sensitivity to criticism is, at least in part, an effort to keep unimpaired the zest, or confidence, or arrogance, which he needs to make creation possible; or an instinct to climb through his problems in his own way as he should, and must.
– Christopher Fry
I went for years not finishing anything. Because, of course, when you finish something you can be judged…I had poems which were re-written so many times I suspect it was just a way of avoiding sending them out.
– Erica Jong
You may be able to take a break from writing, but you won’t be able to take a break from being a writer…
– Stephen Leigh

To submit or not to submit…that is the question of the week?

It is one thing to decide to write a story, it is another thing to finish this story and still a completely other thing to submit the story to a professional. It takes courage to do all three but I believe the greatest accomplishment and most courageous of these three is: to finish this story. Of course there is nothing stopping you from then putting your completed manuscript in a hidden drawer with the secret knowledge that you have completed a book.

Is this why you wrote your story? To hide it, unacknowledged by any but you. Perhaps this is your reason. For that I, nor anyone, can judge you. But what happens if there is a fire and your manuscript burns before you can free it? Then you would have put all that work and courage, all those tears of frustration and smiles of joy, into something that has become nothing. Soon, you will forget your story and then it will disappear like a thread on the end of a zephyr’s tail.

What is your other option? You are then faced with the quandary at the beginning of this post:

To Submit or Not to Submit

But are they rejections?

Yes, they have refused to take your book under their wing. At first, your initial reaction will be like that of a parent being told their kid was the only kid not picked for the sports team. You will feel personal anger, even irritation. Then you will feel doubt at your own ability.

Again I ask the question, are they all rejections?

Perhaps the question should be why am I being rejected? You may get the answer to that with the rejection slip or you may never know. But you must remember one very important fact: Agents / Editors / Publishers are all human beings. This means they are fallible. They are subjective. They are emotional beings. They can make mistakes. They have personal likes and dislikes. Second important fact: As a first time submission, they do not know you personally. This is not a rejection of YOU.

Here are some important rejections you can take heart from:

Emily Dickinson: Recluse and poet Emily Dickinson is a commonly read and loved writer. Yet in her lifetime she was all but ignored, having fewer than a dozen poems published out of her almost 1,800 completed works.

Theodor Seuss Giesel: Today nearly every child has read The Cat in the Hat or Green Eggs and Ham, yet 27 different publishers rejected Dr. Seuss‘s first book To Think That I Saw It on Mulberry Street.

Stephen King: The first book by this author, the iconic thriller Carrie, received 30 rejections, finally causing King to give up and throw it in the trash. His wife fished it out and encouraged him to resubmit it, and the rest is history, with King now having hundreds of books published the distinction of being one of the best-selling authors of all time.

J. K. Rowling: Rowling may be rolling in a lot of Harry Potter dough today, but before she published the series of novels she was nearly penniless, severely depressed, divorced, trying to raise a child on her own while attending school and writing a novel. Rowling went from depending on welfare to survive to being one of the richest women in the world in a span of only five years through her hard work and determination.

Jack London: This well-known American author wasn’t always such a success. While he would go on to publish popular novels like White Fang and The Call of the Wild, his first story received six hundred rejection slips before finally being accepted.

So the question is: After submitting and after rejection do you give up?

Do you give up after 5 rejections?

Do you give up after 25 rejections?

Jack London did not give up after 600 rejections. You may say: I am not Jack London. No. Quite correct. You are not Jack London. You are YOU. As such you have a unique story all of your own. Do you hide that ability, do you deny that story to the rest of the world just because some people do not want it? There are hundreds, perhaps even thousands, of agents and editors in this industry. The right one will come along. It may take you years. But if writing is your passion, your focus, your purpose: Do you dare give up?

Now I leave the question with you:

To submit or Not to submit?

To give up or To PERSIST?

Only you can be your guide. 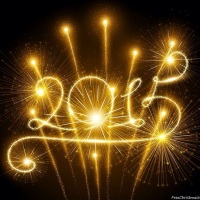