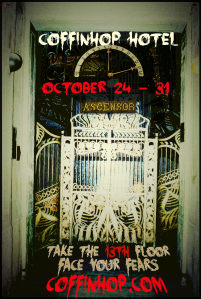 Lost in the Mists of Sulphur

Built in 1914 and abandoned by 1969, this once thriving mining community of 15000 people lies shrouded in the mists of the Matsuo Mountains, Japan.

For the last four decades the whole surrounding area and the deserted sulphur mining town have become one of the eeriest places on the planet.

Nobody dares enter the area now.

Only the mysterious mists of the mountains haunt these abandoned buildings above and below the ground.

It is believed someone killed themselves in the school gym.

Tell me what happened to this ghost town…

Beware the lost spirits who slip through the open spaces…

Walk softly near their places of rest…

The Abandoned & The Disappeared 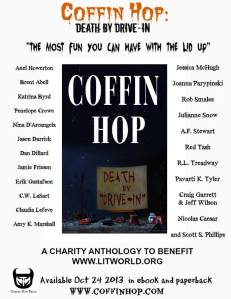 Once one of the most populated places in the world, at 1.4 people per square metre, it is now completely deserted. Entry is forbidden. This island’s secrets have been trapped in the crumbling walls of eery buildings. Lying off the Western coast of Japan, this island is truly sealed off from the world as it lies behind forbidding, impenetrable concrete sea walls.

In 1810 coal was discovered on the island leading to mines being built and a bustling densely populated metropolis rose from the waves.

In the 70s as the world became more reliant on petroleum to fuel it, there was no need for coal mines. In 1974 with the mines shut and thousands left jobless, the people were forced to leave. Within days the Battleship Island was completely deserted and Gunkanjima became known as Ghost Island.

The eery feature about this abandonment is that the Island’s inhabitants literally left everything they had. They took nothing. Everything remains frozen in this Island of Ghosts & Forbidden secrets. Everything has been left waiting for their owners to return and reclaim them.

From 1974 until 2009, everyone was forbidden entry to this place. Now only carefully supervised tours are allowed onto some parts of the island. But areas known as the “Stairway to Hell” and “Block 65” are still forbidden from any access.

An island that was bustling with energy. Now a forbidden fortress hidden behind giant concrete sea walls. Trapped in time. Trapped in a concrete wall of secrets. Forbidden. Condemned. Waiting…

Tell me what happened to this ghost island…

One of the first reasons that made me fall in love with stories is the ability to travel to exotic places, experience exotic cultures all without leaving my chair. I love traveling and often call myself a Gypsy at heart. New places usually mean new people to meet and new adventures to experience. In an unknown place the average and ordinary can suddenly become extraordinary. Having a coffee in my local cafe is very been there, done that. But having a coffee in some little plaza in an Italian village on the Amalfi coast would immediately be extraordinary for me. In the same way, that Italian local may find having coffee in my local cafe an extraordinary event.

For this reason I have always read books that are based in foreign countries and even foreign cultures. I come from South Africa, now live in New Zealand – to me neither of these two places is exotic. They are what I know. They are familiar. But when I have told American friends that I come from South Africa and now live in New Zealand – they are always fascinated. They want to know if I have seen lions in the wild. When I tell them that we had a family of leopard living on one of the farms my father managed, they go: “WOW!”. They want to know all about New Zealand especially since the Lord of the Rings Trilogy that really put NZ on the map. But for me exotic places are in Europe or in Central Africa/Northern Africa or the Amazon in South America. But I doubt those same locals who live in these areas think that they live in an exotic locale.

That is the joy of reading stories and in my case going one step further and creating your own stories. I love writing about places I have not been because I find often what may be fairly ordinary to the locals there becomes extraordinary and special in my fresh eyes. One of my favourite pastimes is searching for fresh inspiration for not just story ideas but setting ideas. Pinterest (new addiction) comes in as a very useful tool in these moments. I also love reading/studying/researching the history of each setting and often finds it seeds an idea in my imagination that I let lie and germinate to see what it could potentially blossom into. Nowadays with the ease of the internet and software like Google Earth/Google Maps your research into a place can become acutely accurate down to the street names and the name of that cafe on the corner in that Italian village on the Italian Amalfi Coast.

But at the end of the day the best research you can do when checking out a setting in an exotic locale (if traveling there is absolutely ruled out) is to talk to the locals on the internet. In this day and age there is an internet group for just about everything and there are blogs for just about every type of subject. So I trawl the blogosphere and see if there are any local-specialised blogs devoted to the locale I want to set my story in. Setting is so much more than just a geographic location or street names. Setting is also about the quirks that make that place unique. Is there a particular smell? Smell is a big one. For instance when I smell oranges and lemons I immediately think of Athens, Greece. One of the strongest memories of my time spent there 12 years ago was the tree-lined streets with trees heavy with oranges and lemons. So the smell of oranges and lemons now sums up Athens for me. Location bloggers will give away a lot of these type of tidbits in their blog posts. And most people are always flattered when you tell them you want to learn more about their home because you find it fascinating.

So while I have begun writing on my next project I have been trawling the internet for setting ideas. So I will leave you with some images from my Pinterest board. Some of them are definite settings in my story and some of just teasing seeds of inspiration right now…Mum’s the word (for now) on which settings I am actually going to be using in both the current WIP and upcoming ones. Perhaps you can guess which settings I have chosen.

Perhaps you have been to these places or live there. I would love to know at least 2 quirks that I could not find out from the internet that is unique to each place. Leave me a comment in the comments.

Tell me>> What exotic places would you like a story to be set in? What places grab your imagination?

Source: toptenz.net via Kim on Pinterest (The City of the Caesars, Patagonia, South America)